I Took A Walk Around The World

The objective for day 1 was simple: move all our stuff from Belgium to Canada, preferably with no pieces missing and everything intact. Additionally, we also needed to get some documentation arranged at the border to be able to buy a car here. After spending 10 hours sitting next to the fattest guy on the plane (note: this is not Marijke talking about Patrick!), we were happy to achieve all of this!

Over and above these achievements, we also set the following trip records on day 1:

We will probably set and break new records in the next days… So far everything went smoothly (except maybe negotiating a key out of the Chinese landlady’s mother who is definitely fluent in Chinese – English to be confirmed). We only managed to stay up until 9:00 PM local time yesterday and we slept the sleep of the dead until 4:00 AM. 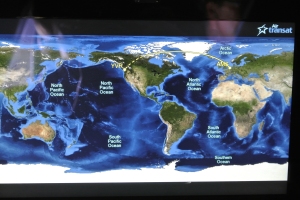 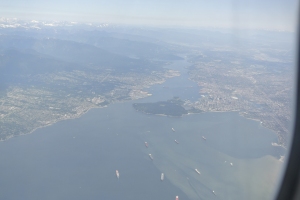 I took a walk around the world

To ease my troubled mind

I really don’t mind what happens now and then

As long as you’ll be my friend at the end