Our tent was warming up in the morning sun so we got up and asked the reception desk for our shower key. The shower was both very nice and very painful at the same time. It was nice to have some warm running water but the beam was so strong it felt like one of those Japanese torturing methods (in other words, it felt like rocks being thrown at you). Once all freshened up, we said hello to some family members over Skype and then we went to the taco-stand by the road to eat breakfast (taco, bacon and eggs with mashed beans and veggies on the side). Gilbert still didn’t want our money so we promised to come back for lunch.

We drove up to the Copper Canyon. We’re still not sure why it’s called copper as it’s all covered in trees. We do know that it’s actually one big canyon area consisting of 6 ‘small’ canyons. We walked up within the tourist village near the first viewpoint and waited by the train station to see ‘El Chepe’ coming in. We were lucky and got to see 2 trains arriving at the same time. 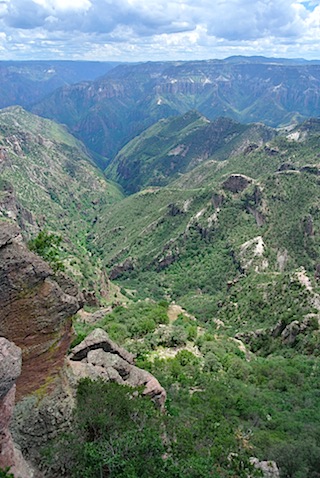 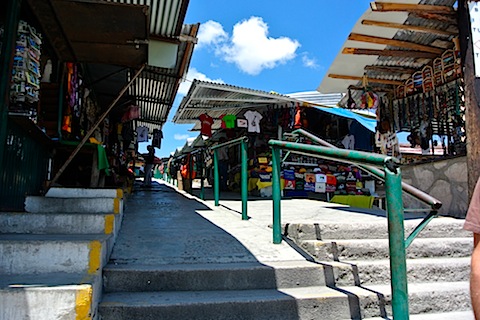 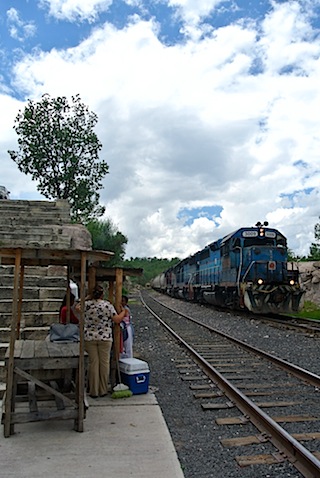 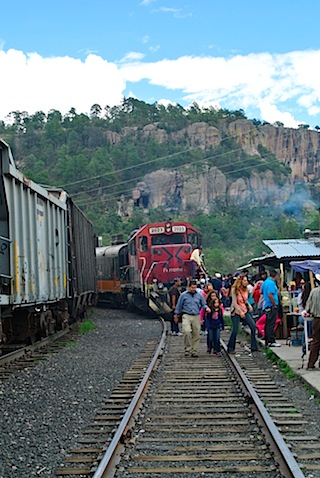 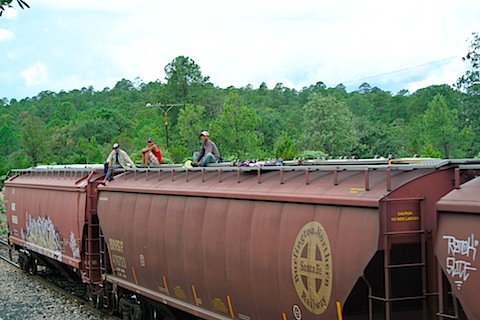 Then we headed back to Creel to try the lunch at our local food stand. On the menu: cow intestines called ‘Tripitas’. We both tried some but Marijke wasn’t a big fan of the meat flavour (it’s quite strong) and Patrick was too brave to say he didn’t like it either so he was offered a whole taco 🙂 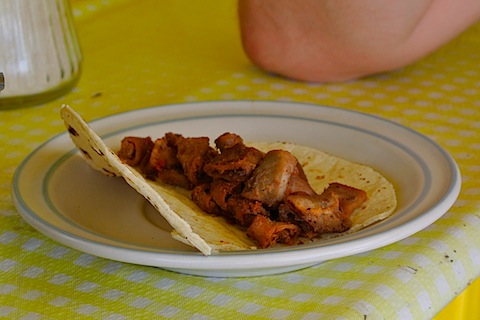 After lunch we headed back on the road hoping to be able to cover some distance. The road from Creel to Chihuahua has a lot of farm fields to offer, most of them containing apple trees but we also saw corn fields and grapes. 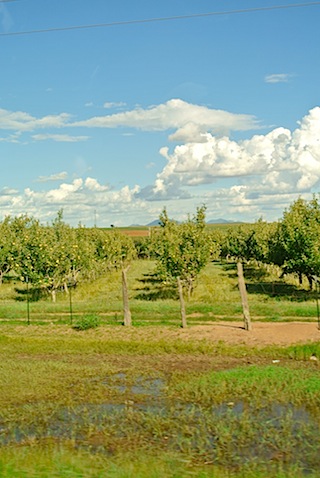 As we arrived quite late in Chihuahua, we went for the first best option on sleeping accommodations. The first motel didn’t have a toilet seat so that one was rejected. The second one seemed to look okay so we paid the nightly price. It was only when we entered our room and turned on the tv that we noticed this place was not used for sleeping only… You know that you are in a classy joint when you can pay by the hour! There is also strange equipment available of which we have no idea of its purpose.

We guess this is the room service delivery box… You know, not to get disturbed…

But we have no idea what this thing in the corner is supposed to do… Any experts that can help us out :)?

It has to be said though that it’s the first super clean room that we come across. Tomorrow we will go further on the road heading towards Mazatlan – it may take us 2 days to cover the 1,000 kilometers to get there!