It All Started With A Big Bang!

On our second day in ‘la DF’, we had targeted the ‘Museo Nacional de Antropologia‘ to brush up our knowledge of Mexico’s rich history. It definitely is a very interesting introduction to all the types of architecture you can find across the Mesoamerican sites. The museum itself is located in a beautiful building (with the largest umbrella covering the central patio), next to the Chapultepec park. We paid the standard admission fee of 57 pesos (about 3 euro, the price for every museum we have visited in Mexico) and spent the whole day inside. We learned to separate our Olmecs from our Toltecs and our Aztecs from our Mayas. 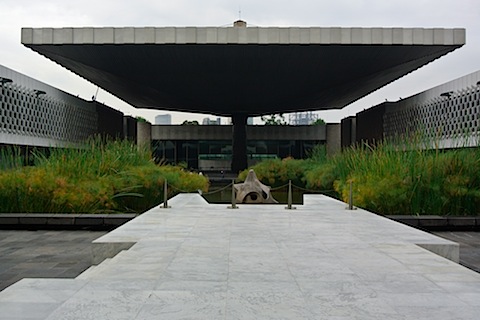 After an introduction to anthropology (Neanderthals, Homo Sapiens etc.) we explored the first civilisations in Mesoamerica, an area that covers Mexico, Belize, Guatemala and Honduras. Although the artefacts are quite basic, you can already see the first signs of how the typical style of the Mayas is being developed. As you can see, Marijke took full advantage of her audio guide to learn about everything in detail. 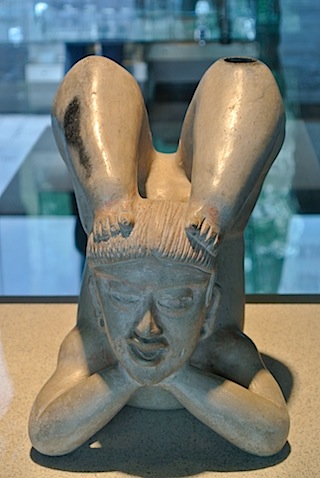 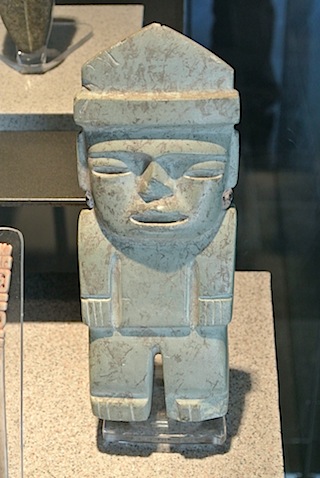 The classic era (from about 200 AD) starts with the building of ‘Teotihuacan’, the city that we visited earlier this week. There is a beautiful reconstruction of the ‘Temple of the Feathered Serpent’ (in colour) inside, as well as some of the most important statues.

In the classic era, other cities were developing as well – and we look forward to visiting the most important ones during the next weeks. 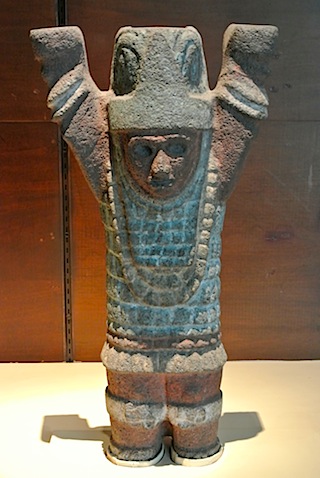 The post-classic era is dominated by chaos and warfare – and ends with the arrival of the conquistadores in the 1500’s.

Marijke found the Olmec colossal heads most impressive. These 12 ton statues depict the heads of important Olmec rulers. There exist only 17 of those and they are truly colossal! 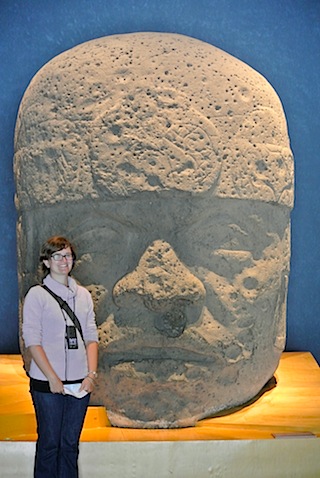 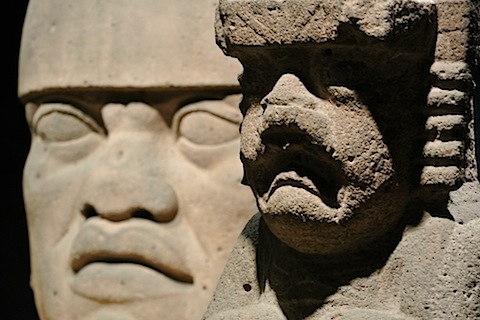 Another important piece in the museum is the ‘Piedra del Sol‘. It is undecided whether this is a calendar, an altar or something else. With its 3,7m across, it’s pretty impressive anyhow. 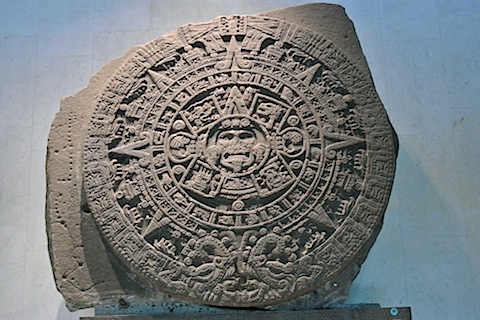 This museum is really worth a visit – and we feel we have only explored half of it in a day. Thanks for the tip, Laurent, it was definitely worth it.

After a walk in the Chapultepec park we went back to the hotel to prepare the next few days and went for beer and nachos at the ‘Beer Factory‘. We were happy to learn that there is more to Mexican beer than just Corona or Sol. Sure, those beers are refreshing on a hot summer day – but so is a cold glass of water.

Since ‘The Dawn of Men’ is really not that long

A fraction of a second and the elements were made

The bipeds stood up straight, the dinosaurs all met their fate

They tried to leap but they were late and they all died (they froze their asses off!)