King Of The Road

The Spanish may have defeated the Mayas but the Belgians beat the Spanish in Puebla. Okay, it was back in 1986 and okay we beat them on penalties but still … it counts as a win! 🙂 So today, we went to see this city which was conquered by Belgians!

We started off on a take-it-easy groove until we noticed that it was already 10:30am, we still had to pack and we had to leave our room before the standard 11:00am check-out time. Putting all our stuff back in the car felt a little strange and a sad feeling fell upon us having to leave the comfort of the hotel behind. Unfortunately we can’t put the hotel in our car and we have to keep moving to see more beautiful things so we started our own ‘Avenue of the Dead’ getting out of DF.

Today there are no pictures from the car drive. We were to busy listening to the navigation bleeping like crazy, trying not to scratch the taxi squeezing in from the left, making sure we took the right turns and not hitting the boys and girls trying to sell toilet paper from the middle of the street.

Once we were outside the centre and could properly breathe again, the familiar sound of the car engine running brought back the calm feeling of cruising down the Mexican highways. It was only a short drive to Puebla. Along the way we could see the volcanos surrounding the city. Again there are no photos from the road as the navigator was too busy getting money out and putting the change back in her purse every 20 meters for the toll roads. We do have a photo though from Puebla at the top of the mountain to give you already some visual. The city lies next to the Popocatepetl volcano (5,426m high!), which is now again active.

Once we were in Puebla and managed to find our campground, we wanted to walk up to the archeological site of ‘Cholula‘ when we noticed a big grey cloud moving closer towards us. So instead we walked up to the supermarket and afterwards took Rodrigo to go to the site. We were totally surprised by the content of these remains. The tour started under the ground where we could see remains of old temple staircases. 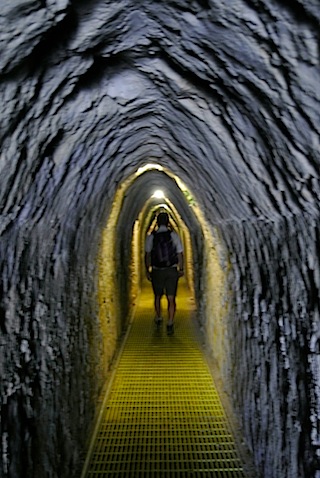 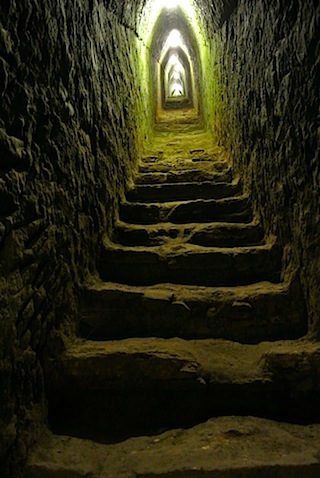 Then the signs brought us to a big area outside (200m further) where we could see the remains of a very old town. The site was huge! And it seems that here also layers were put on top of each other to make a bigger, newer building (otherwise people had to be very very tiny having to walk through those streets). 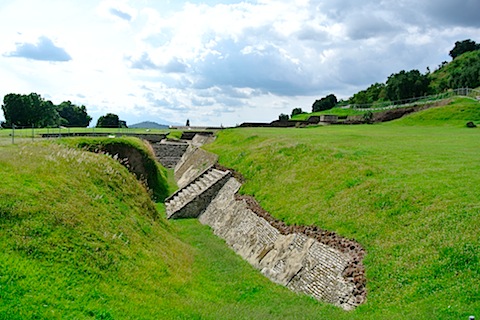 The real spectacular view came in the end where they had reconstructed some of the sides to give the feeling and idea of what it used to look like. 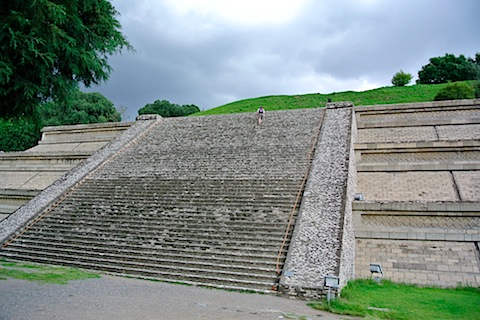 Then we used all the energy we still had left to climb all the way to the top of the mountain where a modern church is standing today. You can see that Marijke was quite struggling keeping her breath but in the end the view was amazing! We could also see very clearly where the rain was heading. 🙂 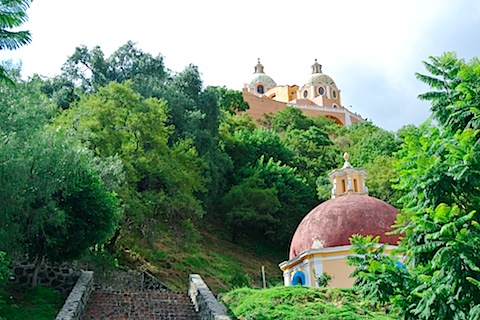 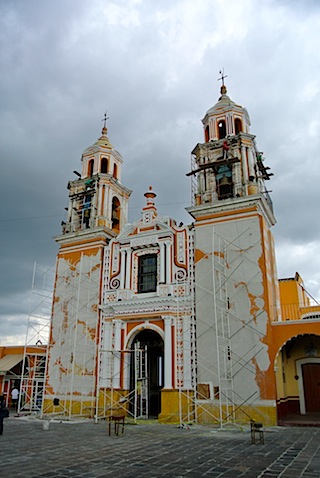 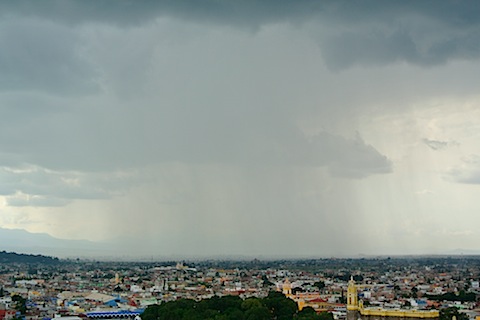 The trip up completely exhausted us so we drove back to our campground where we used the time to do a little washing and make dinner.

…until it started to rain very heavily. So we took all our things and went hiding in the car. Sitting in our car, it feels like a completely different world compared to yesterday. When we close our eyes we still dream about the clean toilet seat, warm showers and clean sheets on a big soft bed. 🙂

Trailers for sale or rent

No phone, no pool, no pets

I ain’t got no cigarettes