Although it only looks like a short drive on the map, it took us most of the day to get from Oaxaca to Salina Cruz. It also surprised the local police officer when he stopped us by the road in El Jule and asked us where we were coming from and going to but with our basic Spanish we managed to explain him that we were just 2 people crossing Mexico with a roof top tent and he let us continue. We started with breakfast & picking up our laundry and then we headed to ‘Mitla‘ to see the small archeological site.

Mitla was founded and settled by the Zapotec and, whereas ‘Monte Alban’ is on the hilltops, it is located on the valley floor. The construction began around 850 AD. Parts of the city have been destroyed and a church was built instead. However, the temples that are still remaining are quite spectacular as they are mostly intact and you can see the stones fit very tightly without any mortar. The entrance to the tombs was very small and very hot! 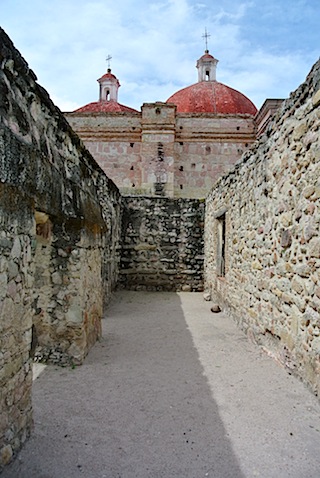 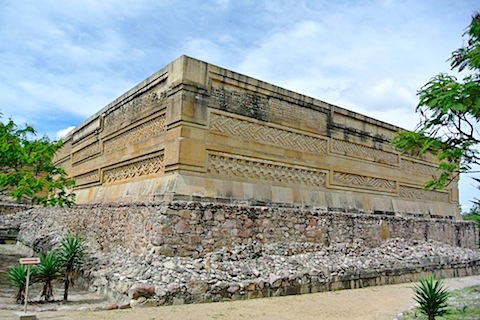 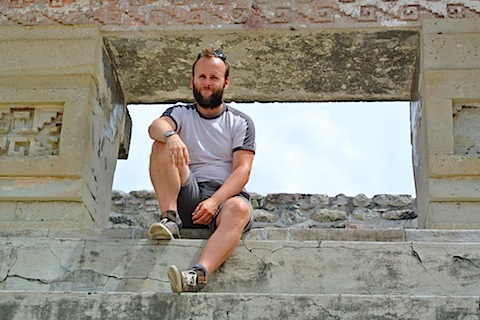 We had a nice ice-cream (made of leche!!) to cool down and wandered around the artisans market in town. 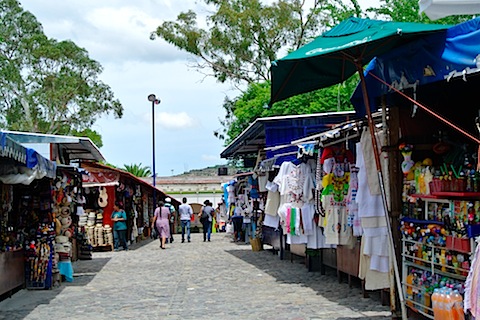 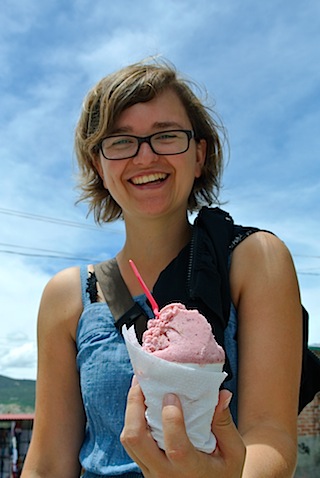 After Mitla we hit the road again to Salina Cruz. We drove through the hills of the ‘Isthmus of Tehuacan‘, which is the shortest distance between the Gulf of Mexico and the Pacific Ocean. Prior to the Panama Canal, it was a major shipping route. 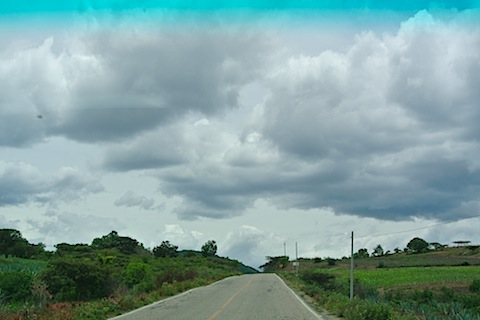 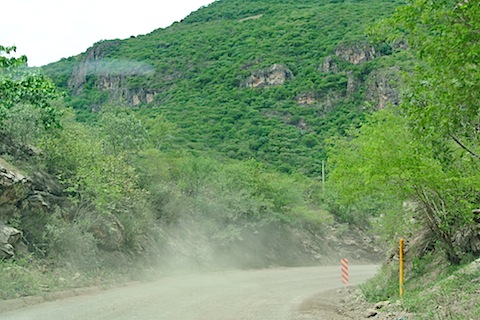 No camping tonight as we are staying the the ‘Hostal Emilia’ – for about the same price as camping. Once we were checked in, we went into town for some grocery shoppings and learned that you cannot buy one lime in Mexico. Four limes cost 1 peso (0,06 euro)… avocados on the other hand seem to be much more expensive having to pay 40 pesos (2 euro) for 3 pieces (I think the guy ripped us off here…). 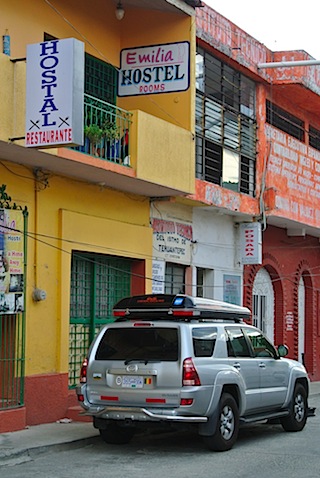 Ice is back with a brand new invention

Something grabs a hold of my tightly