We spent the night at ‘Rancho Santana’ in our tent. We used some wire to lock the door in true McGyver fashion. In the morning we drove to the Toyota dealership in Chiclayo, about 1 hour away. In every country where we’ve taken the car in for some maintenance or check-up, the Toyota service has been outstanding. Again so today! Even though we did not have an appointment, we were helped immediately as soon as the workshop opened. The broken lock was removed and a little metal sheet was placed over the keyhole. Now the door cannot be opened with any key – only the remote control. The mechanic did a quick check-up of the car, inflated the tires and off we went. Total cost 30 sol… or less than €8. We asked about installing a new alarm system and we were guided towards an after-market dealership close by. While Patrick went to pay the bill, the mechanics grouped around Marijke to ask about where she came from. Some were a bit disappointed that we had driven without any issues from Canada to Ecuador and that this should happen in Peru. They gave us some guidance about which places to avoid in Peru and we will adjust our schedule accordingly. 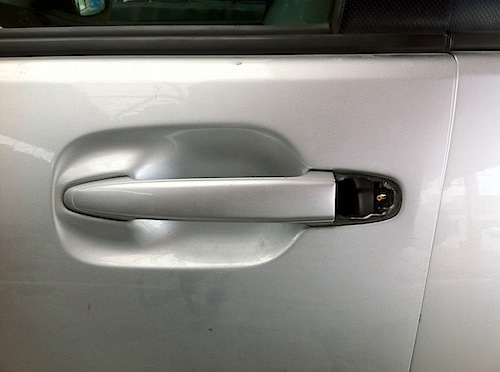 We explained our problem to the car alarm dealership: somebody broke in to our car and we did not hear any alarm. For about €70 he installed a new system with new remotes. I won’t go in the detail of how the system works, but if anybody knocks on the door or tries any funny business around the car, the alarm goes off… big time. 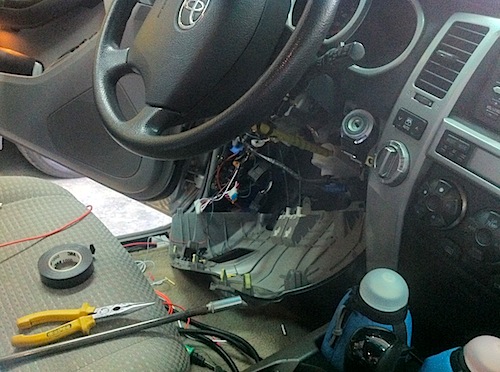 It took a couple of hours to have the system fitted, but it left us with some time to go to a supermarket and buy more food and water – we had been running a bit low. The car alarm dealership had internet as well, so we could connect after a few days off-line as well.

Back at the Rancho Santana, we had soup for dinner and watched the season 1 finale of Breaking Bad.

Don’t you want to know how we keep starting fires?

When we touch, when we kiss